Abergeldie Watertech has been engaged by Wide Bay Water (Fraser Coast Regional Council) to rehabilitate the local sewer network for Cherbourg Aboriginal Shire Council. The contract is part of a broader sewer relining program being coordinated by Fraser Coast Regional Council for the six councils of the Wide Bay Burnett Regional Organisation of Councils, of which Cherbourg Aboriginal Shire Council is a member. Recognising the importance of cultural heritage to the local indigenous community, Abergeldie is making personal contact with all individual residents affected by the works.

The $2.5 million, 23 week, design and construct contract affects almost every residence and community building in the Council area, which has a population of some 2,000 predominantly indigenous people.

Cherbourg’s modern history goes back to the 1899 establishment of a Salvation Army mission. As a result of the relocation of indigenous people under past government policies, residents of Cherbourg have connections to many other tribal groups throughout Queensland. The Cherbourg Aboriginal Shire Council describes its constituents as having “many cultures but one community.” Since the 1960s, Cherbourg has had an elected Aboriginal Council, but it was not until the Deed of Grant in Trust legislation of the 1980s that Cherbourg developed from a welfare institution into a community, managing its own affairs.

Abergeldie’s detailed Community Consultation Plan emphasises sensitivity to the broad and varied cultural heritage of the community residents. It is a condition of the contract that Abergeldie can only access properties after three days’ written notice, and that personal contact must first be made with the resident/owner. A letter box drop exercise is not sufficient. Abergeldie has engaged a local community member, Patrick Alberts, to put the Community Consultation Plan into effect.

Prior to contract award, Abergeldie’s nominated project manager, Christian Dummett spoke to the CEO of Cherbourg Aboriginal Shire Council to help identify suitable candidates for the job. Patrick, who lives in the town, has worked for Council previously, and is well known to the community so ticked all the boxes on the selection criteria list.

“Patrick’s role is to engage with the local community at an individual level and to be Abergeldie’s representative for interactions with local residents on-site” explains Christian. “He personally provides each resident with information about the works to be carried out; when access will be required and how long the works will take. With the resident’s permission, Patrick inspects each site to determine the most convenient point of access and to locate manholes accurately. He also provides assurance to the residents about the rectification of any disturbance which may be caused by the works”. 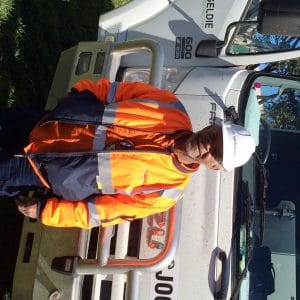 Patrick Alberts – The Abergeldie Rep for Community Consultation in Cherbourg

Abergeldie Watertech General Manager, Matthew Boyle said “Patrick has done a fantastic job explaining and engaging the community in the work we are doing. Council, the local community and Abergeldie all agree that Patrick is doing an outstanding job”. 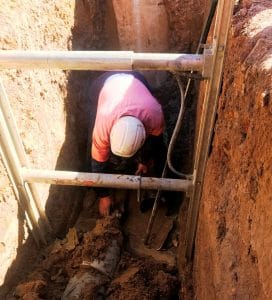 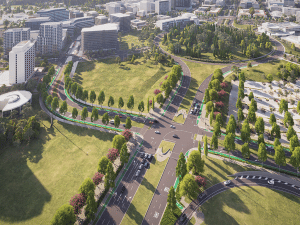 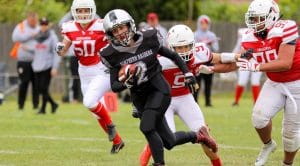 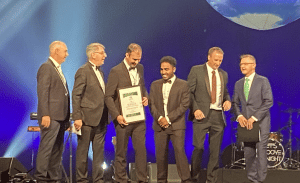 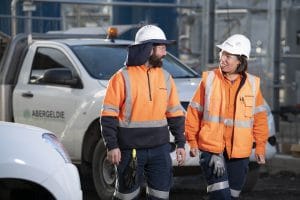 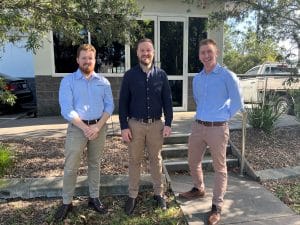 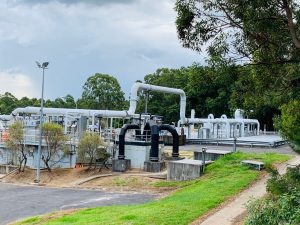