Abergeldie Complex Infrastructure has had a long-term relationship with well-known Australian charity organisation, St Vincent de Paul Society (Vinnies). This dedication and commitment to helping our community has been at the forefront of our civil engineering company since its creation in 1994. Last Thursday we donated our annual cheque donation to the Vinnies team and acknowledged our amazing volunteers who dedicate their time to assisting Vinnies on the Western Sydney Vinnies Van.

Our relationship extends as far back as 2007, Abergeldie’s first CEO Sleepout. Our Managing Director, Mick Boyle went to school with the founder of the CEO Sleepout, Bernard Fehon, CEO of Blue Mountains Economic Enterprise. Mick Boyle sat on the advisory committee for many years, supporting the great CSR idea for CEOs to be more involved in the community. The CEO Sleepout raises thousands of dollars each year to support Vinnies in providing essential services to the disadvantaged within our local communities. The CEO Sleepout started out in Parramatta, Sydney and has extended to various locations across the country, including Wollongong, Melbourne and Brisbane to name a few.

Since 2009, our team has dedicated their time after work to assist on the Western Sydney Vinnies Van providing a cuppa, sandwich and chat to those sleeping rough in the Mount Druitt and Parramatta community. A group of Abergeldie staff will be rostered on once a month to help out on the van, and as veteran team leader, Ivan Reolon mentions, it is definitely worth the effort and notes “it is good to give something back and help those less fortunate, people from all walks of life, ages, and background. Everyone is so respectful, polite and appreciative”.

This year was Abergeldie’s second time being involved in the Western Sydney Community Sleepout since its recent creation in 2018. Ivan Reolon, a dedicated supporter of Vinnies who also spares his time helping out on the Vinnies Van, participated in the sleepout in 2018 alongside veteran employee, Larry Hegarty. It was Larry’s second time this year participating in the sleepout and second time winning one of the iconic guessing games of the night. The Western Sydney Community Sleepout is also a great opportunity for our young civil engineers (graduates and interns) to get involved in their local community. Both years we have had a great group of young staff help out at the cardboard station on the night. We look forward to seeing this event grow as has the CEO Sleepout. 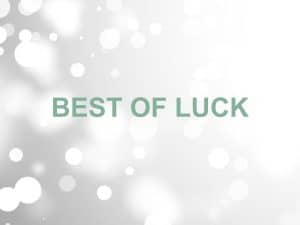 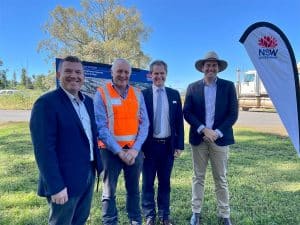